The West Virginia Division of Forestry first warmed to the idea of using drones as extra eyes in the sky after an epic ice storm in January 2016.

The governors of 11 states, including West Virginia, declared states of emergency. The blizzard coated roads and snapped tree limbs. As often happens, the West Virginia Division of Forestry was called out to clear fallen trees blocking roadways.

We needed to know how bad the storm was in West Virginia, said Rodger Ozburn, who joined Forestry in 1985 and now serves as program manager of Forestrys Unmanned Aircraft System (UAS). The agency wondered whether drones if only they had any would have been able to survey the scene from the air.

In 2017, the Division of Forestry began rebuilding after state cuts to budgets and employees. The forestry director at that time, Barry Cook, searched for innovative solutions to enable the agency to fulfill its mission efficiently and cost-effectively. One of the tools he turned to was unmanned aircraft, popularly known as drones.

The real impetus behind the UAS program came in a fire staff meeting in 2017, when then-Director Cook asked if anyone in the meeting knew anything about drones and I was the only one who raised a hand, said Ozburn. I had been flying hobby drones since 2015.

The West Virginia Division of Forestry formed the UAS program in 2018 with one UAS unit and one certified pilot. The new unit flew its first official mission in April 2018, an aerial reconnaissance of a wildfire. 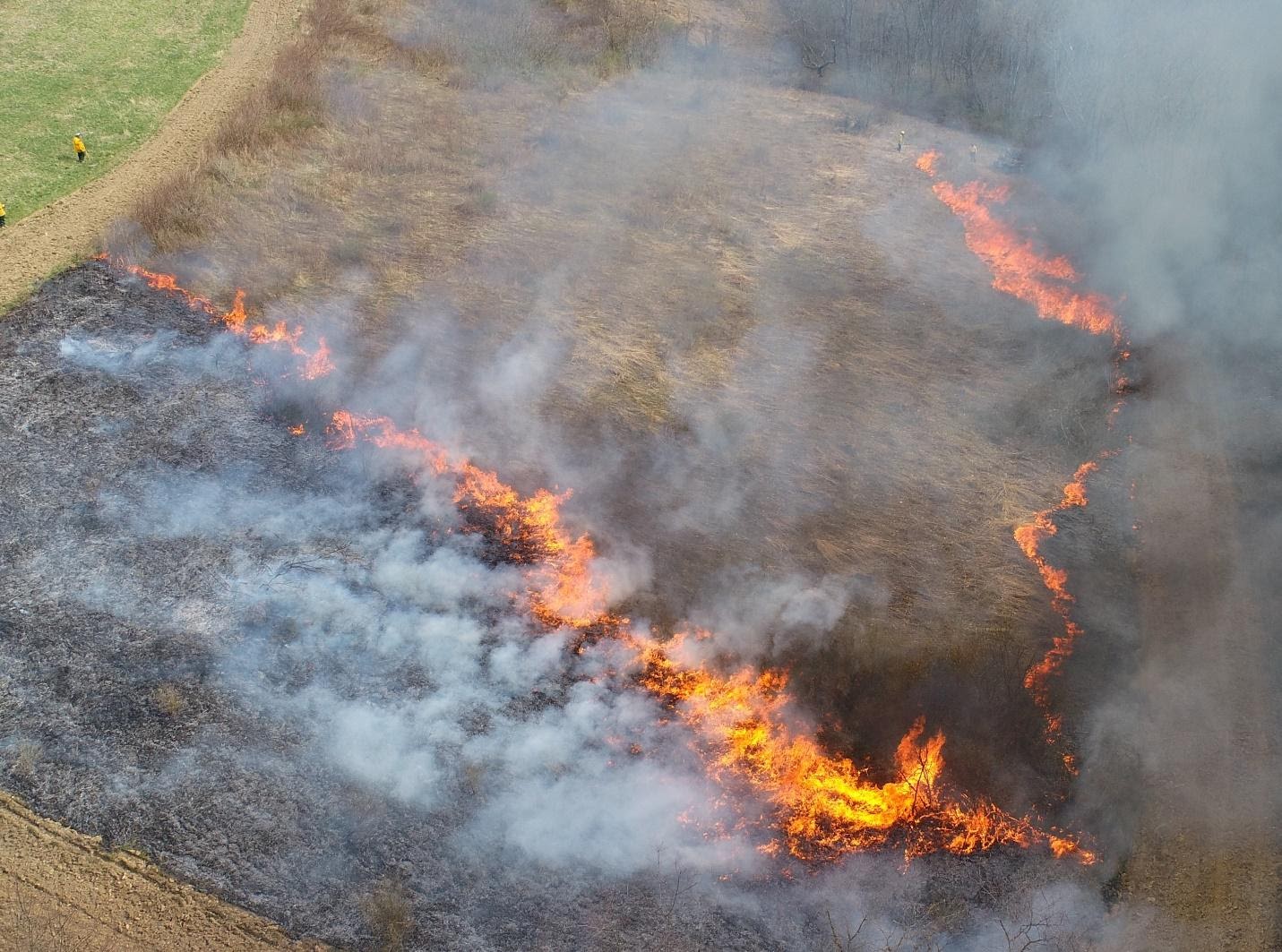 Plans called for the drone to be used primary in logging operation inspections. Required by law, the inspections confirm operations follow best practices, such as preventing sediment pollution of streams.

The inspection of a logging operation can normally take several hours by a forester on foot, said Ozburn. With a drone to gain an overview of the site, it can be accomplished in less than an hour. The drone can fly over the logging site, looking for evidence of muddy water or other potential problems. This saves time by identifying issues that need to be examined closer on the ground. The pilot has a camera view on a laptop or other interface device while the drone records still images and video. The images are stored on a secure digital micro-card.

Soon after the Division of Forestry launched its UAS program, Ozburn experienced first-hand the advantages of having a drone in his toolbox.

One busy morning, he received a call from a logger in a hurry to wrap up one location and move his equipment to another job. The logger wanted the required inspection done that same day. Ozburns schedule was already packed that morning, but he offered to swing by the site in the afternoon. When he arrived, the logger had already gone.

The logger had pulled out all of his equipment, including a temporary bridge used to cross the main creek a creek that was 10 feet wide and 3 feet deep! Ozburn said. So, here I am, trying to figure out how far I would have to follow the creek to find a place to cross. Suddenly I remembered I had a drone in the back seat of my truck. Ten minutes and two dry feet later, I was in the air, inspecting the site and getting the information needed to finish the job.

Forestry stretches its wings with more UAS pilots and uses

The agency sent word to foresters across the state to recruit more potential pilots who were willing and able to get the necessary training.

We were looking for people who could devote time to the program, willing to study hard and accept the responsibility for equipment and follow the Federal Aviation Administration (FAA) rules, said Ozburn. Initially, we recruited five pilots. All completed the course. All passed their FAA Part 107 exams. 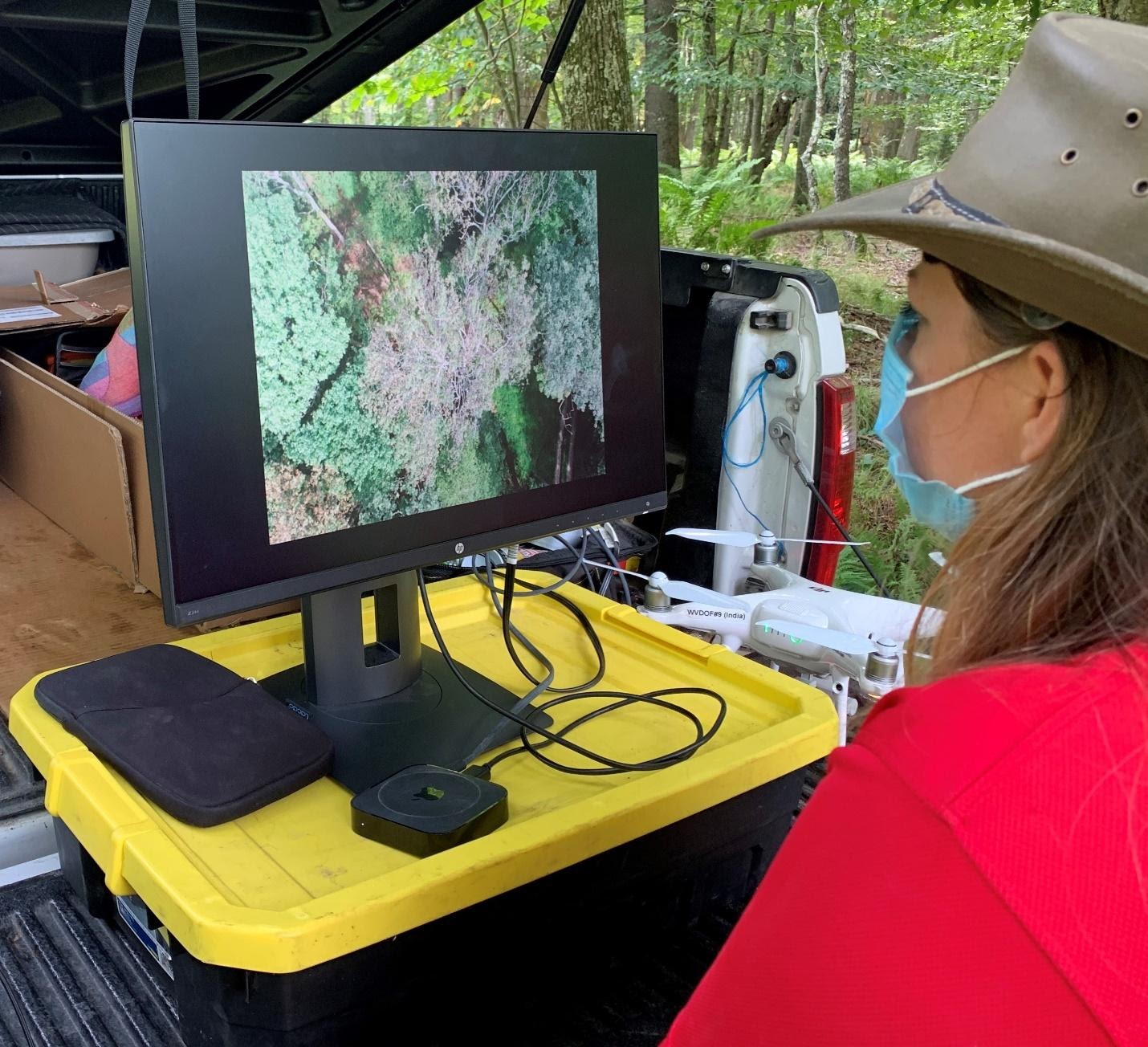 As of now, the Division of Forestry has nine drones five Phantoms and four Mavic aircraft in operation, nine FAA-certified pilots and six pilot candidates. The agency has at least one pilot in five of its six regions, and each pilot is a professional forester. In addition, the UAS program is supported by a team in roles such as remote pilot in charge, pilot-at-controls, visual observer and safety officer.

The UAS program utility has expanded to support all Forestry programs, including Forest Protection (Fire), Logging Sediment Control, Landowner Assistance, Urban and Community Forestry, and Special Operations. The drones have facilitated mapping and reconnaissance for forest management projects, and aided public safety in areas such as response to wildfires and natural disaster assessments. The program has provided service to other state and federal agencies as well.

The program has also earned a nod of approval from the present Division of Forestry Director, Tom Cover.

One of the things that 2020 cemented for all of us is that technology is the future of efficient business operations said Cover. That is why we plan to continue building on technology by expanding online training options, maintaining a simplified website, and expanding the drone program by acquiring additional aircraft and pilots. The Divisions drone program has proven to be a valuable tool for locating wildfires, finding missing persons and creating accurate records of logging operations. West Virginia has emerged nationally as a leader for its innovative use of unmanned aircraft technology in forestry practices and we plan to continue to be at the forefront of this initiative.